Thanksgiving in the Mountains

“Anybody need carsick pills?” I asked, holding up the blister-pack of noxious yellow pills.

Eager hands reached through the truck windows. Traveling is not always a pleasure in Thailand.

We crammed into the truck this morning — with four in the back seat and 5 more in the covered bed of the truck. I felt so sorry for those traveling in the back, especially since the day was hot and a big hunk of the truck bed was taken up with boxes of clothes and medical supplies. But nobody complained (at least, not in English) and we set off up the twisting mountain roads to Pa Sak 2 to celebrate their thanksgiving service with the church there..

At length we arrived and Paul drove the truck up a ridiculously tip-tilted road. “Road” is really a misnomer.  A collection of ruts went straight up the mountain and the truck bounced up it to the little church on top.

It was thanksgiving day, and everybody was in a festive mood. This group was one of the first to throw off the yoke of the oppressing man who had ruled them by threats and manipulation. Because of this, they have a special place in our hearts.

We were happy to see Molly again. Her aunt brought her to the service after spending a few days with her family.

I was dismayed as I walked into the church. No chairs. The crowd sat comfortably cross-legged on the floor.  I am not flexible enough to sit on the floor for an hour and a half, so I foresaw great discomfort in my future. Paul found me a chair, though, and disaster was averted this time. I felt somewhat conspicuous on my perch in front above the others, but I would have felt more conspicuous being pried off the floor and staggering around on petrified limbs

After about ten specials in song, Paul preached a wonderful thanksgiving message, including, as always, the wonderful Gospel.  It was followed by another ten or so specials and a couple of testimonies.

Then it was time for the meal.

We sat on the floor around a foot-high high round table in the parsonage, as guests of honor. I can manage the floor for that long, although in a big group it’s tricky keeping your feet away from the food. There were several dishes which I was unable to identify, as well as a slightly different version of meatballs cooked in leaves.  These had some noodley-looking stuff mixed in with them. Of course, there was rice, as always.

That’s Lek, our interpreter, at the table.  He as been such a faithful friend, as well as a helpful worker.

After lunch we brought out the basic medical supplies and the boxes of clothes we brought with us. It’s difficult for the tribal people to get medical care.  They have to travel a long distance into the city, and even that is sometimes beyond their means. Once there, they have a communication problem, compounded by prejudice against the hill tribes people.  I’m not a doctor or a nurse, but I recently had some informal training and carefully gave out meds I know to be safe.  I mostly give out cream for aching joints, Pepto-Bismol-type stuff for stomachache, toothache drops, etc. Unfortunately, I did not bring enough, nor a wide-enough variety. I hated to leave some without any help, but I did all I could do.

Then there was a mad scramble for the clothes. Some of these were clothes the other kids had already outgrown. I also had some that were shipped to us for the kids in the children’s home right after we had to leave. This stash of clothes has been invaluable to us, because all of our kids have come with more or less just the clothes on their backs. It has been so helpful to be able to dig through the trunk to fit them out. As we are about to move and are at our quota of kids, I figured the rest should be used by those in such desperate need.  They were certainly greeted with enthusiasm and cries of joy!

More food at another home (pork, rice, fruit and cookies) and then a couple more stops before we headed home. It was at these that we particularly noticed the drinking prevalent through the village.  These folks are primarily Red Lahu, The Red Lahu, Black Lahu, White Lahu, and Yellow Lahu all have slightly different cultures. The Red are known for being less-spiritually minded and more prone to drunkenness. We saw that today!

The last stop in the village was to pray with a man who has been paralyzed by a stroke and suffers various pains and ills, for which he can get little help. We had visited him and prayed with him the last time we were in the village. Today Paul prayed with him again and questioned his wife about his health situation. He has an appointment to see the doctor, but she can’t afford to get him there. Obviously, he isn’t up to riding on the back of a motorbike. Paul gave her some money to pay for a taxi, making her promise that she wouldn’t spend it on anything else.  Meanwhile, his drunken friend came and kept interrupting, and the party going on next door was also a bit distracting.

The crew packed into the truck again. I had supposed the trip back would be easier for them because we no longer had the boxes of clothes and meds. Not so. The people generously gave us rice, vegetables, and fruit to take home. That and Molly’s suitcase more than made up for the missing boxes.

More drunken people on motorbikes made our exit from the village a heart-stopping one. They came swooping and swerving around us down the dangerously steep and curving dirt road. We saw two bikes crash right in front of us! We managed to get away without running over anyone and breathed a sigh of relief as we left the village behind us.

We stopped by Molly’s grandmother’s house and talked to her about Molly’s brother, Danny, coming to live with us. She immediately agreed, in a marked contrast to the last time we talked to her. She was adamantly against it then.  More about that in the next post.  Since the truck was over-full already, we made arrangements for his uncle to bring him the next day.

Home again. It is in disarray as we are packing and preparing to move, but we were happy to see it, nonetheless.  Before long it was time for devotions. We have two identical Bible story books — one in English and one in Thai.  Preston reads theThai version every night, and then William reads in English. He is really doing well!  Then songs (these Lahu kids always are singing) and prayer. We prayed for Danny’s adjustment to our home. I was happy to hear prayers for Jay, too. We are heartsick that this little guy isn’t going to make his home with us, after all.

Big changes are coming for our family, and lots of important things are on the agenda for the month. New kids, new home, new school. Lots of adjustments ahead. Also we are participating in two court cases in November and one on December 1. Please pray with us for the outcome of these.

*For Danny as he makes his home with us.

*For the kids as they start their new school Monday. (Sunday night to our American friends.)

*For strength and patience for us as we move!

Thankful for a blessed and fruitful day today! 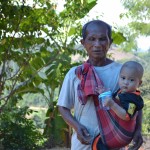 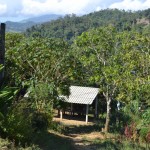 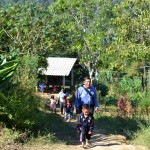 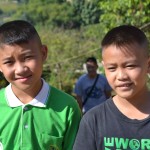 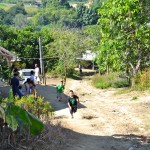 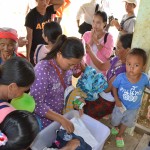 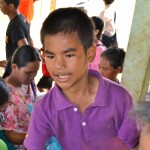 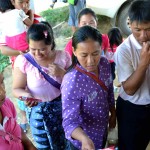